Hetch Hetchy Vally which is now a reservoir supplying San francisco with water is also a gem that is worth a visit. Much less well known than Yosemite Valley, Hetch Hetchy is a great place for the avid backpacker who wants to get away from the crowds.

The story behind the reservoirs creations is interesting and controversial. It is said, that before it became a reservoir its beauty could rival that of Yosemite Valley. Thousands of feet of granite rock walls with waterfalls cascading down their surfaces. 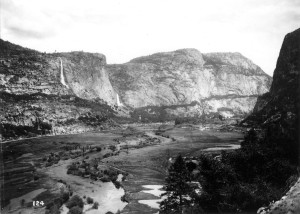 At the time of the damns construction Yosemite was already a National Park.  After a heated 7 year legal battle construction on the damn began and was  finished in 1924.

But don’t let this story deter you from visiting this beautiful place.

It is still worth seeing!

A few things to note if you are visiting are below: